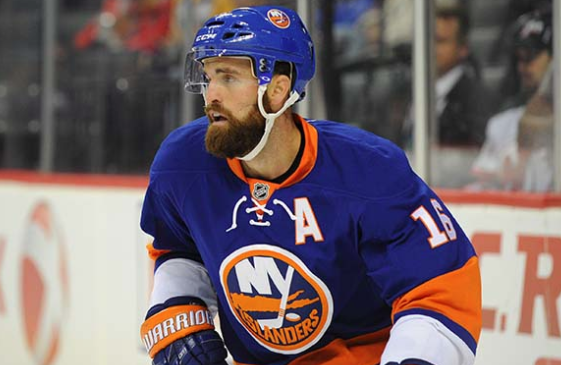 When the Isles signed Andrew Ladd in free agency before last season, everyone expected the best from the former captain of the Winnipeg Jets. However, it turned out that he didn’t score until the thirteenth game of the season. Ladd is known to be a “second-half” player, and ended up scoring 23 goals over the course of the season, but only added eight assists to his point total of 31.

This season, Andrew Ladd has gotten off to a much better start, notching eight goals and seven assists through the first 33 games. He is just one assist shy of his total from all of last season. Ladd has been playing with two incredibly talented linemates in Jordan Eberle and Mathew Barzal. Some could argue that this line is capable of being a first-line on other NHL teams.

Ladd has looked more confident, and certainly seems to feel more comfortable with the Isles. Many fans were frustrated and seemed to give up on Ladd during the off-season, but if he continues to put up these solid numbers, Isles fans will be very pleased.

His offensive stats are solid for a second line winger, but he has also proved to be a very reliable and physical defender. He has been the glue that holds his line together, and often gets overlooked. He is a +12 on the season, which leads the Islanders. On top of all of that, he is a great leader in the locker room, and god forbid John Tavares leaves, it seems that he could be the future captain of the New York Islanders. Andrew Ladd definitely should be appreciated by the fans, due to his work on and off the ice this season.